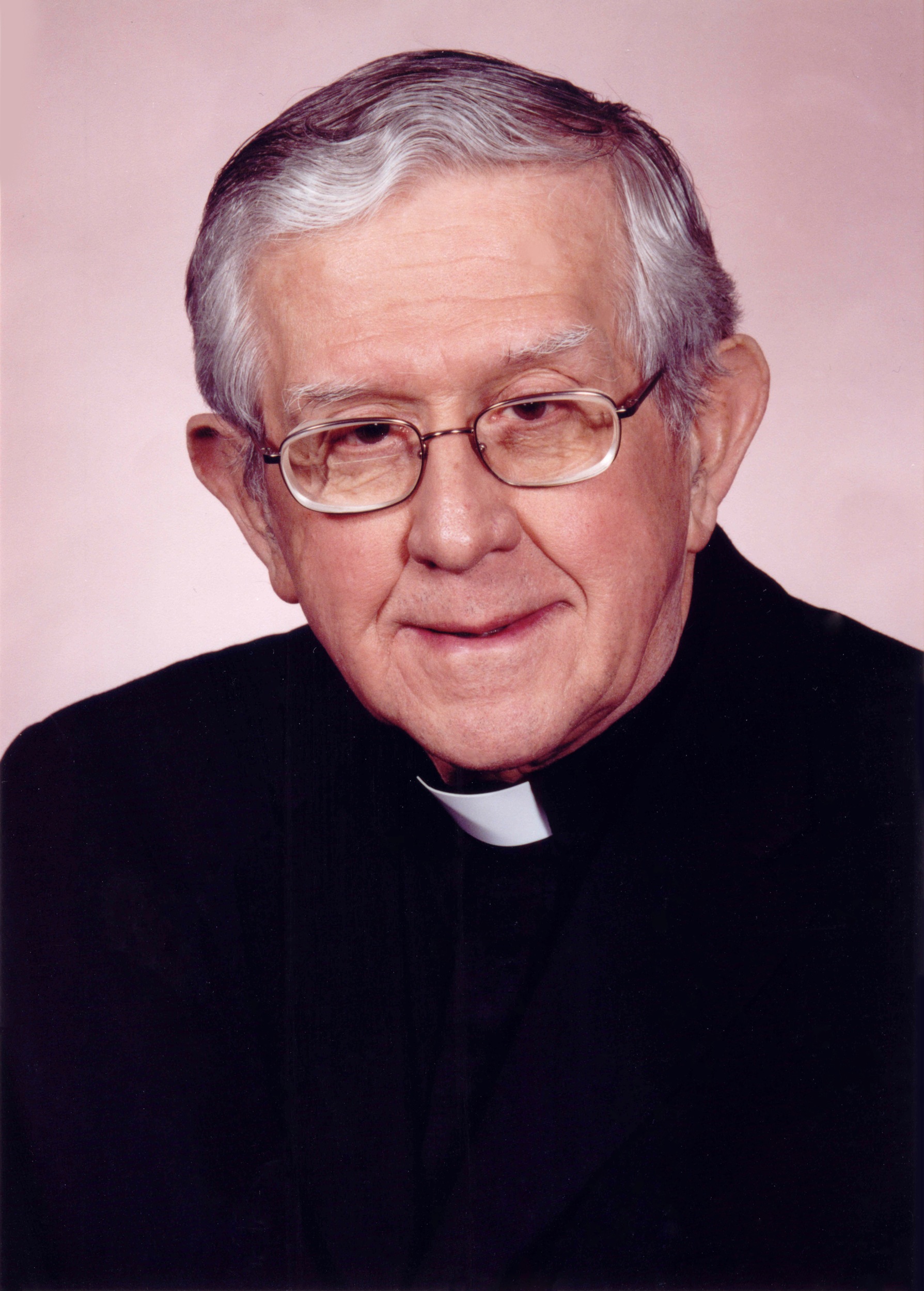 Rev. Joseph Charles Henchey, CSS, STD was born in Woburn, Massachusetts, USA, not far from Boston, on June 2, 1930.  He entered the Congregation of the Sacred Stigmata on January 6, 1946, and was ordained a Stigmatine Priest in Rome, Italy, on July 1, 1956.

In 1996, the North American Episcopal Conference appointed Father Henchey to the Pontifical North American College in Rome, as an Assistant Spiritual Director.  Father Henchey held this position until 2002, when he was then appointed to the same position at Blessed Pope John XXIII National Seminary in Weston, MA, for second career men, desiring to spend their last years as priests.

In the fall of 2006, he was appointed to Mundelein Seminary, nearby Chicago, IL, as the occupant of the Paluch Chair of Theology.  He held this position until 2009, when he was appointed as Professor of Theology and a Formation Director to the St. Joseph Seminary [Dunwoodie] in Yonkers, NY, a position that he held until March 2014.  He also served as a weekend presider at the Stigmatine Parish Our Lady of Mount Carmel, in White Plains, NY, from 2009 to 2012.

In the fall of 2015, Father Henchey returned to Mundelein Seminary, as Adjunct Spiritual Director, where he retired on 2019.

He also traveled widely giving retreats, courses, and lectures to priests, religious and the laity.

For all of his Stigmatine life, Father Henchey was a student of St. Gaspar Bertoni, the founder of the Congregation of the Sacred Stigmata, and, in his honor,  in 2003 he created this website [www.st-bertoni.com].

Fr. Henchey was called back to our Father’s home on April 7, 2021, at age 90, but the huge collection of writings and works he developed during his life remain forever.

Father Henchey’s Homily in the anticipated commemoration of his 60th Anniversary of Ordination to the Holy Priesthood – Mundelein Seminary, May 4, 2016:

The Sacrament of Holy Orders: The One Priesthood of Jesus Christ – Study in commemoration of Priestly Diamond Jubilee [2016]